All european tours will be on hold until further notice.

Tools & Options How our Service Works Platinum Upgrade Virtual Phone/Video Calls IMBRA Request Our Executive Plan The Process Why Us? Cost Meet Our matchmakers Send Her A Gift 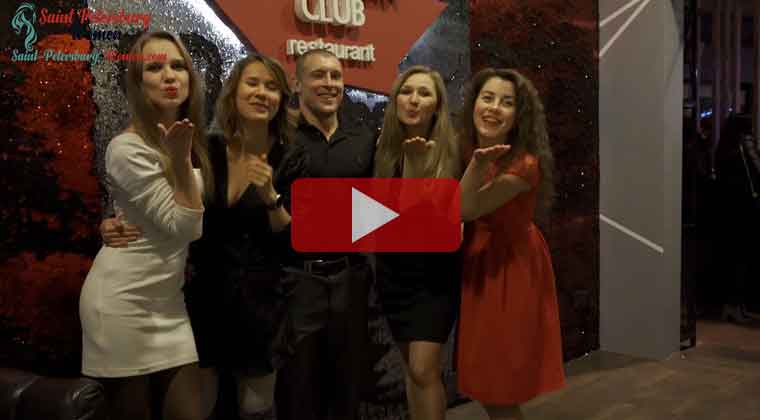 Advanced Search How our Service Works Platinum Upgrade Virtual Phone/Video Calls IMBRA Request Our Executive Plan The Process Why Us? Cost Meet Our matchmakers Send Her A Gift

Advanced Search How our Service Works Platinum Upgrade Virtual Phone/Video Calls IMBRA Request Our Executive Plan The Process Why Us? Cost Meet Our matchmakers Send Her A Gift

Newest, beautiful, single women now added for week of Wednesday, 7 December, 2022 - Tuesday, 13 December, 2022
Your opportunities here are truly worldwide. Explore our site deeply to see how you can realize that!

St. Petersburg is one of the top tourist destinations not only in Russia but in the entire world. This historical city is filled with wondrous architectural sites, museums, cathedrals, and palaces that, through the years, still manage to take one’s breath away. Traveling to this city alone allows individuals to learn a brief history of Russia and how it came to be.

Known as the second largest city in Russia next to Moscow, St. Petersburg served as the capital of Imperial Russia during the years 1713–1728 and 1732–1918. The city’s official name was changed three times: first from Saint Petersburg to Petrograd in 1914, to Leningrad in 1924, then back to Saint Petersburg in 1991.

The city of St. Petersburg was established on 27 May 1703 by Tsar Peter the Great, almost three centuries prior to when Russia was founded, which was on 25 December 1991. Due to a massive amount of history and customs which originated in St. Petersburg, it has then paved its way into becoming the cultural capital of Russia.

During the rule of Peter the Great, particularly in 1713, St. Petersburg was his place of residence. Under his command, he ordered peasants and soldiers to have the city transformed in line with European standards. Basically, he wanted St. Petersburg to have a European taste based on the architectural buildings he was inspired to have constructed.

Today, Russians and tourists are astonished to see how St. Petersburg has finally been able to fulfill the premature desire of Peter the Great to have the city turned into Russia’s Window to the West. Despite the inconsolable events that took place in the past in order to build this magnificent city, St. Petersburg is now filled with a great number of spectacular architecture and monuments that honor the country’s rich history.

The Renowned History of St. Petersburg

Any person who gets the chance to travel to Russia knows that visiting St. Petersburg should absolutely be part of the bucket list. With significant history and culture, the famous Peterhof palace found within the city has been constituted as a World Heritage Site by UNESCO in 1991. As a result, the city has greatly supported in the country’s tourism, further adding to the reasons why traveling to St. Petersburg, Russia would be an incredible experience.

Located in Petergof, St. Petersburg, Russia, the Peterhof Palace is one of the major historical sites in the city. Russians and tourists alike refer to this place as the Russian version of the renowned Palace of Versailles found in France. Peter the Great was inspired to create an imperial palace within St. Petersburg, resulting in his daughter, Empress Elizabeth, to further expand the palace which has then transformed into a magical ensemble, leading it to be classified as a World Heritage Site.

The city is located along the famous Neva river wherein a big part of the history of the Russian Empire took place. The reformation of St. Petersburg alone has a great deal of history from when Peter the Great was still emperor of the Russian Empire. Travelers who pass by the Neva river by boat or through the Annunciation Bridge (also known as the first permanent bridge built across the river connecting to the Vasilievsky Island and the center of the city) are able to witness some of the city’s greatest tourist attractions.

St. Petersburg is home to the world-famous State Hermitage Museum, which is one of the largest and most famous art museums in the world. It showcases a great deal of Russian art and culture and has been open for tourists and locals to visit since 1852. Over three million items are displayed, allowing visitors to have a sweet taste of the historic riches from centuries ago.

Throughout the years, there have been countless references made in honor of the museum and the contributions it has made regarding the art, literature, and culture which are all essential to Russian history. A number of exquisite and century-old paintings are also available on display at the museum’s gallery.

Aside from the Hermitage museum, one can also visit other historical and renowned sites such as the Peter and Paul Fortress, Saint Isaac’s Cathedral, Church of the Savior on Spilled Blood, and the aforementioned Peterhof Palace. These are just some of the major sites found within what UNESCO has referred to as the Historic Centre of Saint Petersburg and Related Groups of Monuments.

As you can see, there is much to see in the city of St. Petersburg, Russia. Russian history bookshelpful itinerary tips to ensure you have a safe, convenient, and extra memorable experience in this incredible Russian city!

Last, and definitely not the least, the golden opportunity to visit St. Petersburg will be even more exciting as you get to meet gorgeous, single St. Petersburg women. Who knows, you may even find love while exploring the wonders of this exciting city!

Newest, beautiful, single women now added for week of Wednesday, 7 December, 2022 - Tuesday, 13 December, 2022
You have to meet the women to marry them! What other international dating site offers you numerous opportunities to do that?

Is there any REAL reason to wait?
It's FREE, instant and without obligation to register NOW!

It’s the first step in possibly the most rewarding romantic adventure of your lifetime!